It’s official, Sony has bought out Repeat.gg! What’s next for the popular gaming platform?

Sony plans to keep the Repeat.gg platform running as is, with no changes to the user experience or functionality. The team at Repeat.gg will continue to work on the site and add new features and games.

What does this mean for Sony?

For Sony, this is a great way to get involved in the growing competitive gaming scene. With Repeat.gg, they can offer their users a place to not only play games, but also to watch others play and learn from the best.

What does this mean for users?

For users, this means that they can continue to enjoy the same great gaming experience that they are used to. Sony is a big name in the gaming industry, so this could also mean more exposure for Repeat.gg and its users.

Sony Bought out Repeat.gg! What’s next?

Why the Purchase Makes Sense

It’s no secret that Sony has been on the lookout for new acquisition opportunities in the gaming industry. The company has been relatively quiet on the M&A front over the past few years, but that changed with the recent purchase of Repeat.gg.

For those unfamiliar, Repeat.gg is a social platform that allows gamers to connect with each other and share their gaming experiences. The platform also provides users with the ability to track their gaming progress, discover new games, and compete in tournaments.

READ  What does MDM mean in software?

Sony’s purchase of Repeat.gg makes perfect sense for a number of reasons. First and foremost, it gives Sony a foothold in the social gaming space. Social gaming is a huge and growing market, and Sony will now be able to tap into that with its own platform.

In addition, Sony will be able to use Repeat.gg to drive traffic to its other gaming properties. The platform will be a great way to promote PlayStation games and get gamers engaged with the PlayStation ecosystem.

Finally, the purchase gives Sony another avenue for monetization. The company can now generate revenue from Repeat.gg through advertising, in-app purchases, and other means.

Overall, the purchase of Repeat.gg is a smart move by Sony. It gives the company a strong presence in the social gaming space and provides it with another avenue for monetization.

How This Will Impact the Gaming Industry

The news of Sony’s acquisition of Repeat.gg came as a surprise to many in the gaming industry. While the company has a history of acquiring smaller studios, this is the first time they have bought out a gaming platform. This could mark a major shift in the way Sony approaches the gaming market.

READ  What is meant by qualitative data?

Up until now, Sony has been content to let other companies handle the distribution and marketing of their games. However, with the acquisition of Repeat.gg, they now have a direct way to reach gamers and promote their titles. This could lead to more exclusive content and promotions for PlayStation gamers.

It remains to be seen how this will impact the gaming industry as a whole. However, it is clear that Sony is serious about making a splash in the market and could become a major player in the years to come.

What Other Companies are Doing 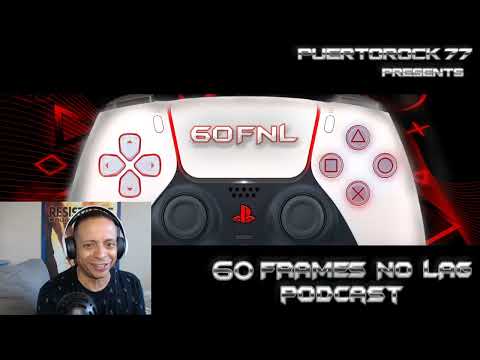 1. Sony’s recent acquisition of Repeat.gg is a big deal for the gaming industry. Here’s what you need to know about the move and what it could mean for the future of gaming.

2. Sony is known for its innovative gaming hardware and software, and the company’s acquisition of Repeat.gg only reinforces this reputation.

3. The Repeat.gg acquisition gives Sony a powerful new tool to reach gamers around the world.

4. Sony’s acquisition of Repeat.gg could mean big things for the future of the gaming industry. Here’s what you need to know.

Thanks for reading my blog! I hope you enjoyed it. I would like to hear your thoughts on Sony’s purchase of Repeat.gg in the comments below. What do you think Sony plans to do with the company? I’m excited to see what the future holds for both Sony and Repeat.gg. Thanks for your time!

READ  Python for Data Science: How to Build Custom Algorithms and Tools